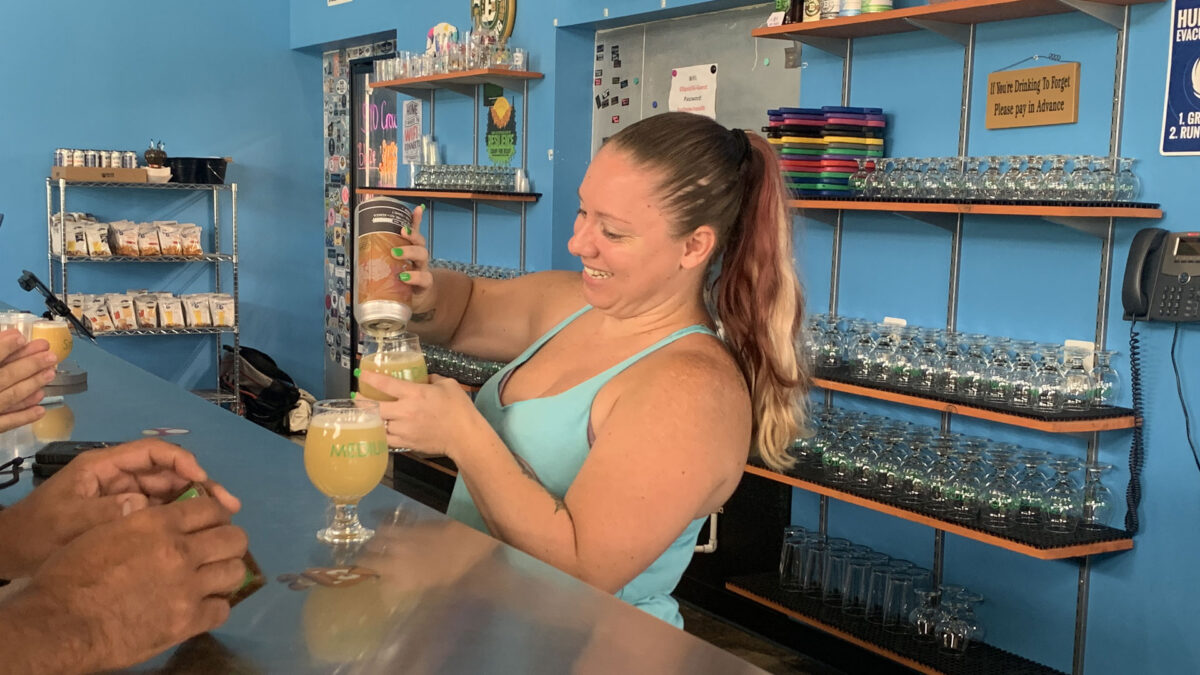 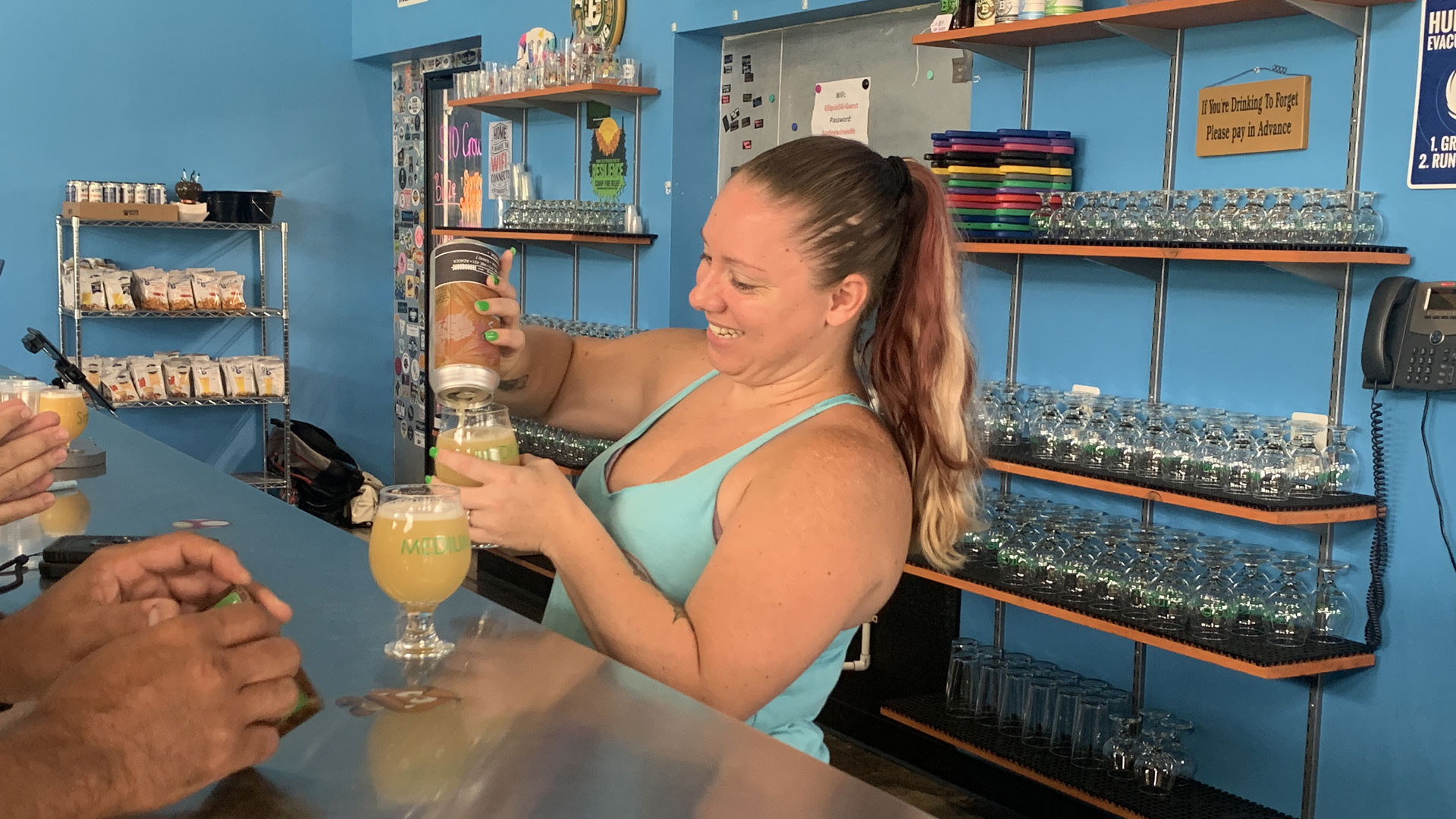 On a rainy September afternoon in Orlando Florida a traveler from Minnesota, Jeremiah Young comes into Ellipsis Brewery where co-owner and bartender Lauren Boston serves him.

He enters a building with an open layout, tall ceilings and the bar to his right and brewery in the back. He orders a New England Hazy IPA called 6 to Midnight to pass by some time while waiting on his friend.

“I thought this would be a good spot to stop by, I like trying out small breweries and this is close to where I’m picking up my friend later,” Young said.

As of 2021 Florida has 374 craft breweries according to the Brewers Association and in the United States only 23.7% of breweries have owners who are female. Ellipsis was opened in 2018 by Boston, her husband, and co-owner Matt Lee. 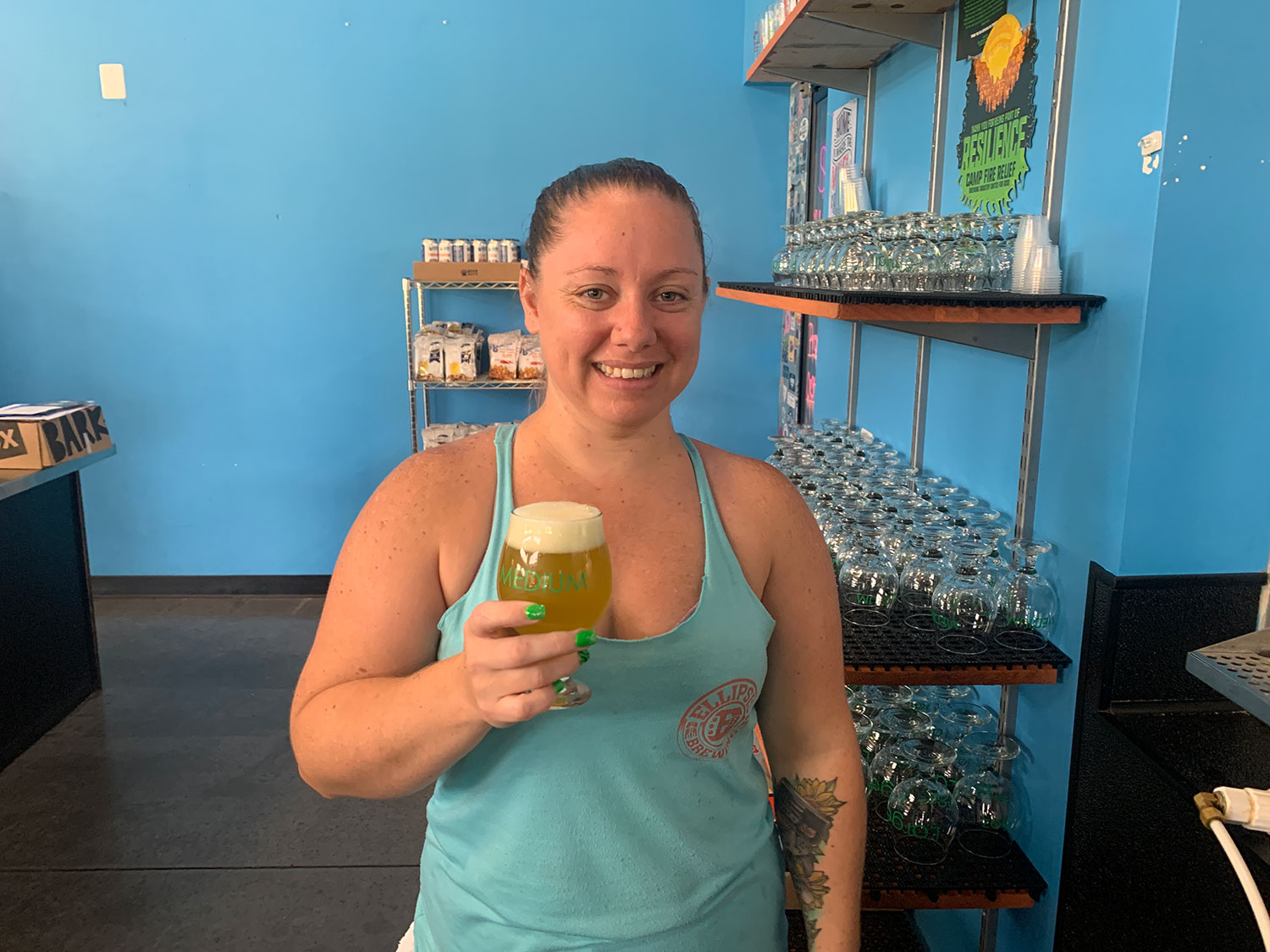 Being a female in the brewery industry hasn’t been a big setback for Boston. She said it’s sometimes funny when people find out she’s one of the owners because she doesn’t tell many people she is.

Before the opening Boston was a stay at home mom for ten years. Since the opening she has taken on many roles. She said she puts in 50 plus hours a week at the brewery either working shifts, managing, planning events or crafting new beers.

“When we first opened we had five taps, five tables and one TV,” Boston said. “We now have 16 taps.”

Ellipsis Brewery is located by Orlando’s International Airport, a perfect spot for locals and passing travelers. The brewery currently holds ten barrels that hold 30 gallons each which brew at least three times a week according to Boston.

Ellipsis has had some dedicated customers who supported their business through Covid-19. To keep customers coming back they are constantly brewing and tasting new beers to add to their collection. They also hold multiple themed events monthly as well as bring in food trucks and other breweries for their customers to try.

Ellipsis is still working on their identity but Boston said they are striving for 80s and 90s gaming theme. One thing is for sure though they are a family forward business, Boston said this is because of her kids. The brewery held her son's first birthday party there, which is one of Boston's favorite memories.

The brewery is for my family and friends. The staff is a part of my family whether they want to be or not. - Boston

Bartender Megan Linehan said she has been with Ellipsis for 2 years and enjoys her time there. She has become a part of Boston's family; they even have dogs who share blood. Linehan started coming to Ellipsis with her boyfriend and when a spot became available she took it. She liked the fact that they had New England style IPAs and the fun environment that was created.

“My favorite event here has been the 90’s themed party,” Lineham said. “ And last week on Friday's game night we live streamed Jackbox and had some people playing from home, which was fun.”

Ellipsis has worked hard to keep their local customers happy and coming back, while also drawing in new customers. Being close to the international airport has allowed them to bring in travelers from far who share their love of craft beer. Travelers and locals both will get to enjoy the friendliness of Boston while experiencing the unique atmosphere she has created.

“I like how they have 90’s music,” Young said. “This place is cool, it's different from some other breweries I've been to.”

I love trying new things, especially food! My simple pleasures are beach days or attending concerts. I really like the diversity in Orlando and how easy it is to find local businesses and connect with hardworking people.