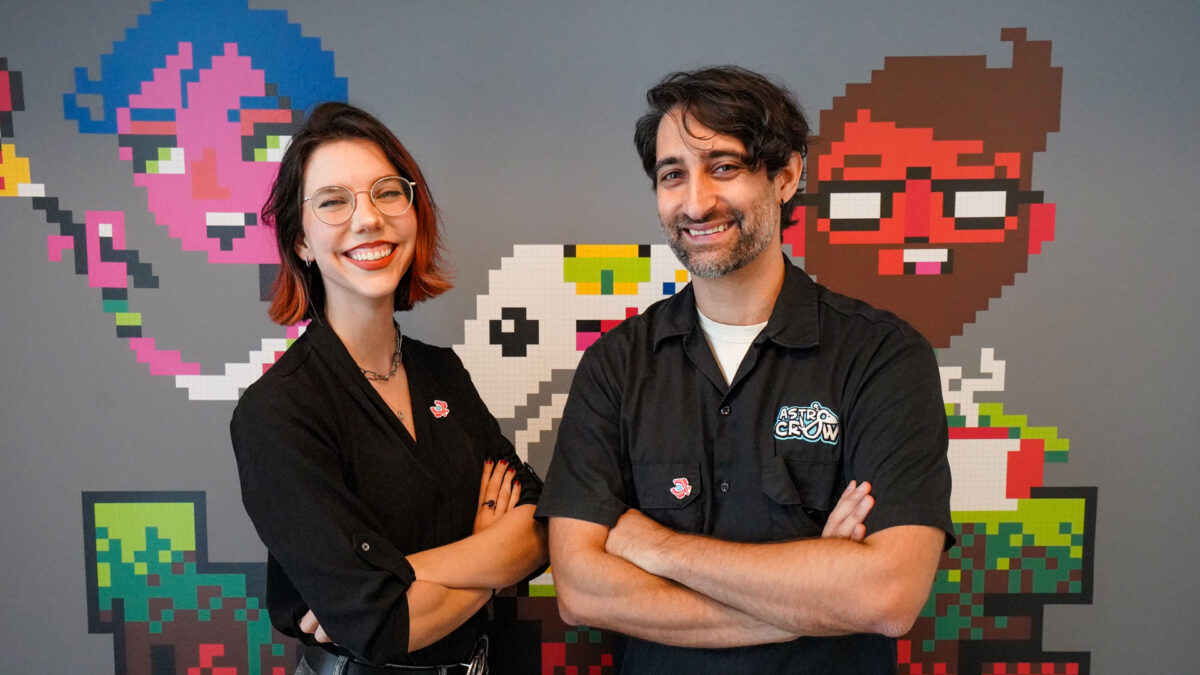 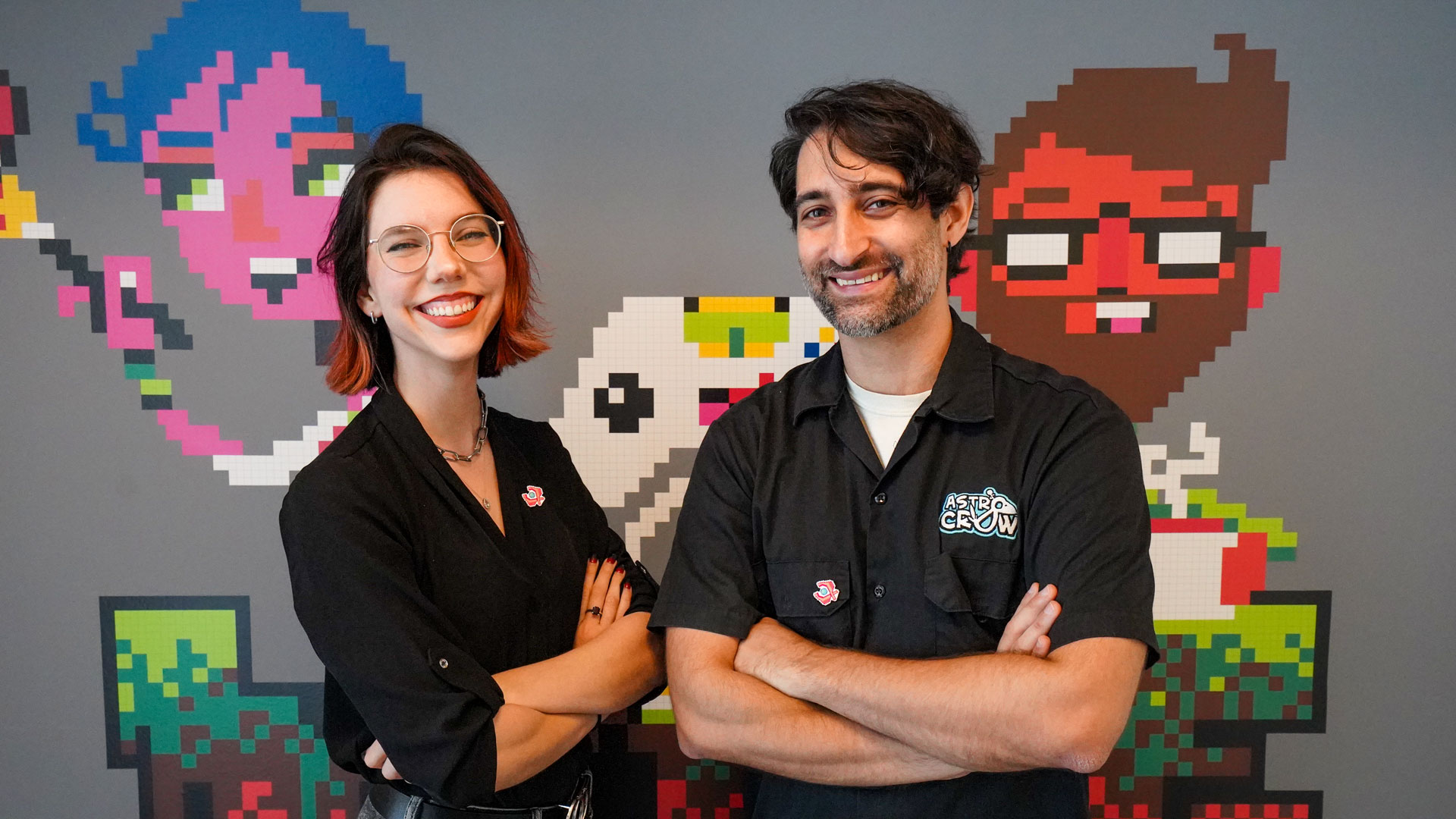 Brian Stabile, founder of Astro Crow, is an innovator and dedicated game developer. Fueled by his lifelong passion to create and understand everything there is to know about gaming, Brians worked towards the dreams he’s had since he was a child. 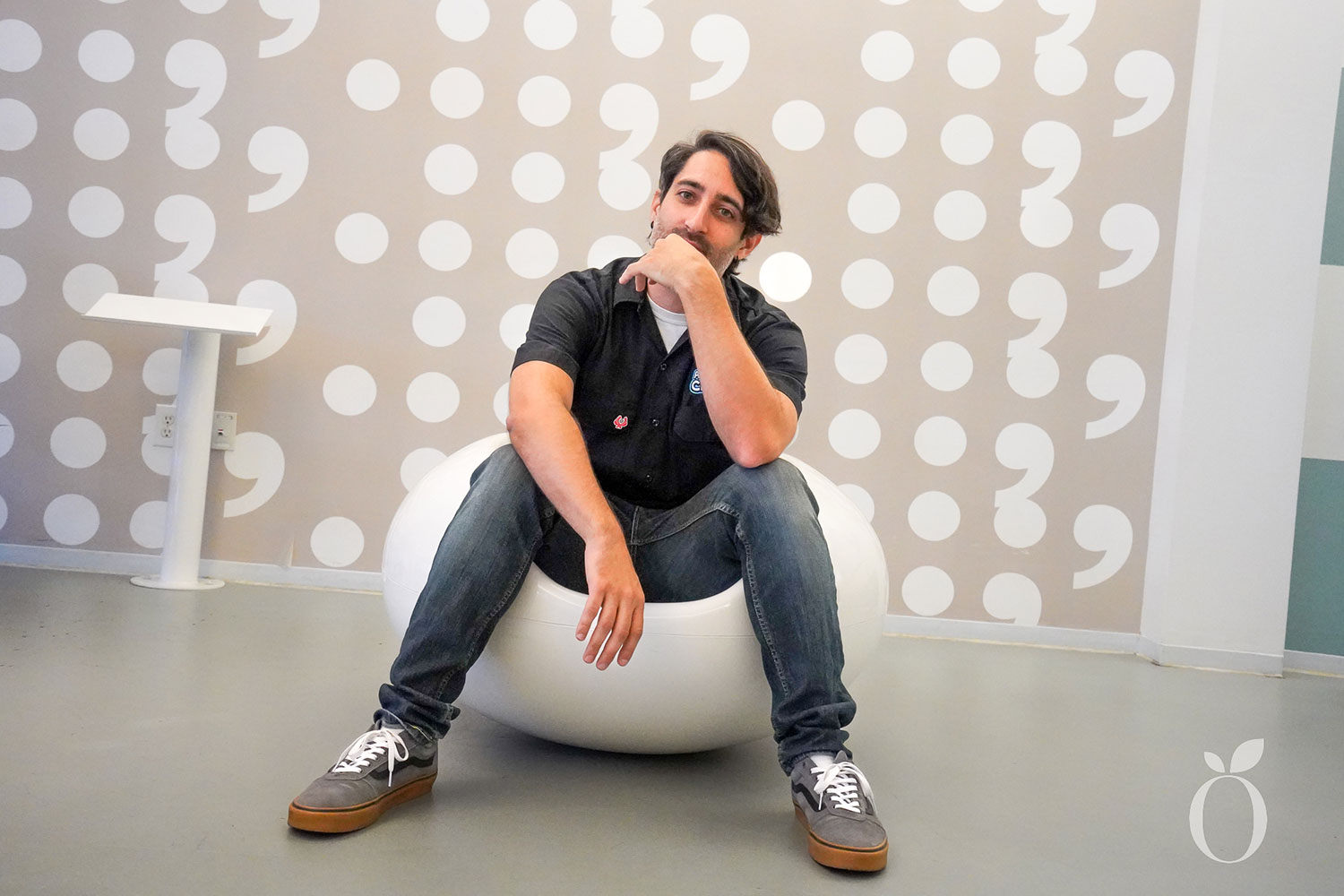 “I'm one of those dumb people who came up with what I wanted to be when I was a kid and then followed through,” Stabile said. “I wanted to design video games, that's real original, right?”

During his childhood, he said he became curious about how games worked and how they were developed. He went down “rabbit holes” trying to discover as much as he could around development. After lots of trial-and-error, visiting “sketchy” websites for any help he could get, and reading tutorials, he said he was able to understand a bit more of what would go into creating a game himself.

Stabile then went on to study digital media game design at the University of Central Florida. There he would learn how to code and get the opportunity to take part in “Serious Gaming,” a program with UCF where he was able to create educational games. He said he remembers creating games to teach science to middle schoolers, games for members of the Navy to teach them about their different ranks, and games for an Alcoholics Anonymous group to help with recovery.

While working with the university, Stabile was laid off. He said from there he felt pushed to create something of his own, founding his gaming company, Astro Crow.

“It was my intention to, instead of getting a job, do what I could to get assistance, and try to make my own studio from the ground up,” Stabile said. “So I just started rapidly developing a bunch of ideas, and I was like, well, I need a sports game of some kind. I want to try to do something unique.” 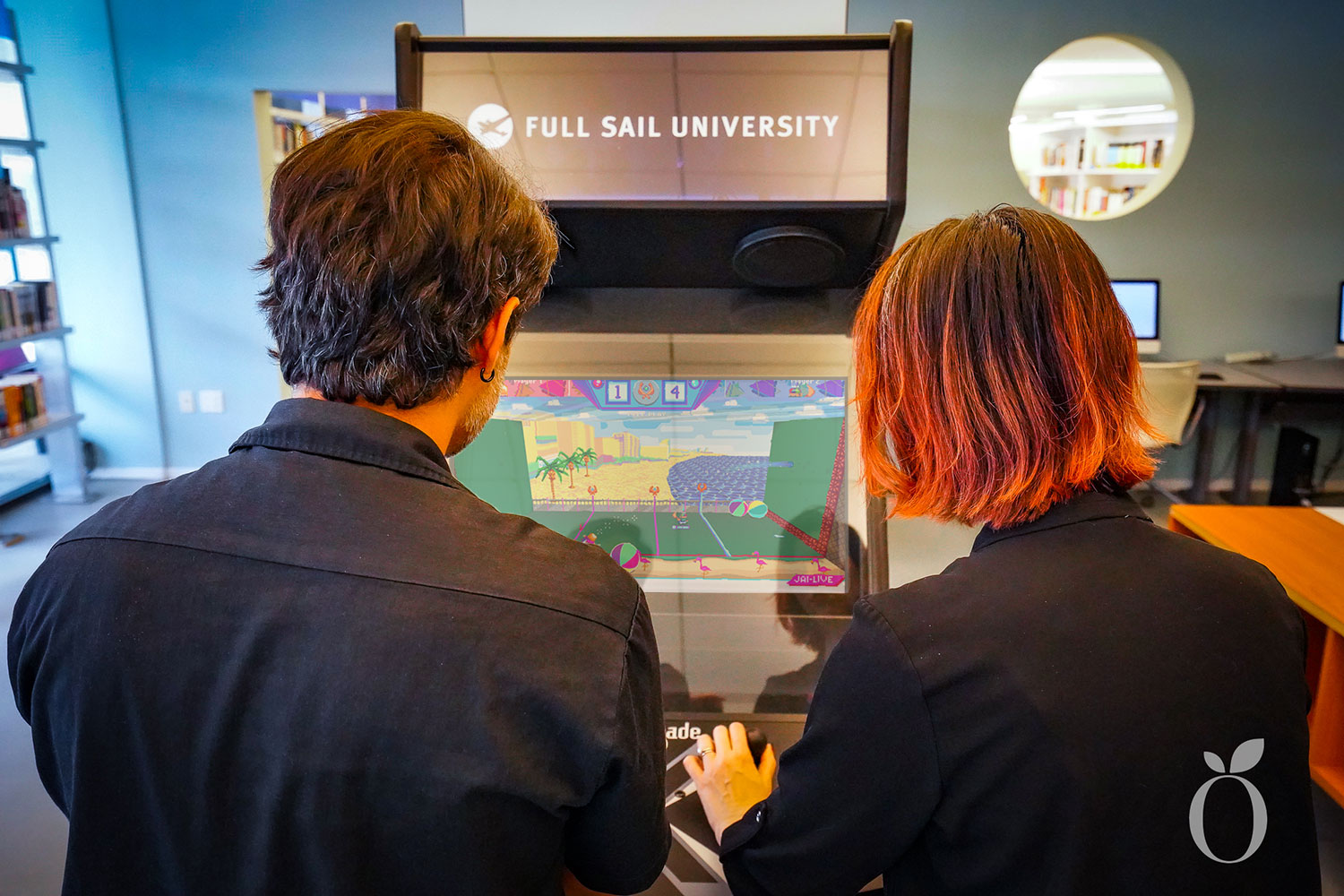 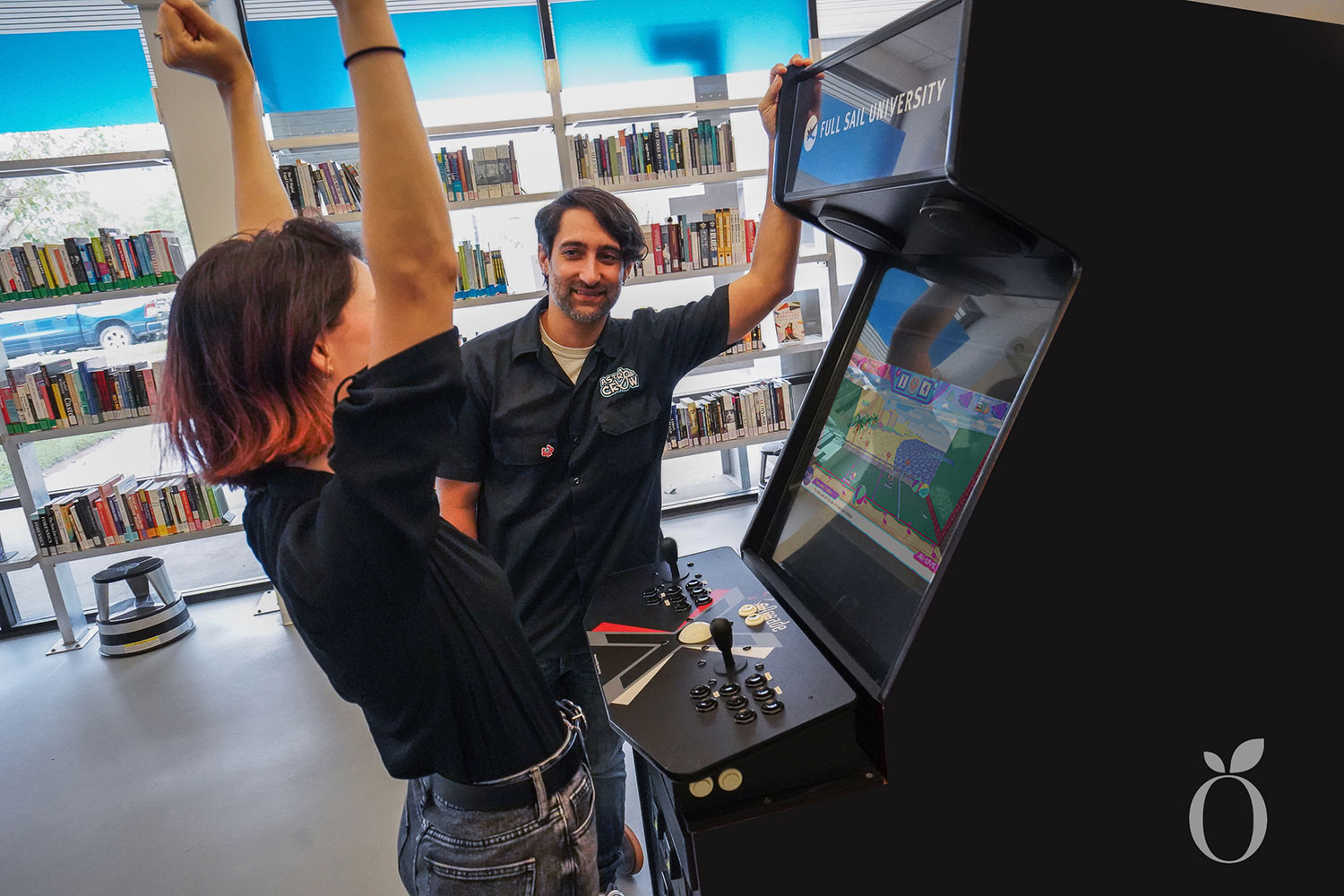 His desire to do something never done before brought him back to the Jai Alai arena next to his grandparents' house in South Florida. Jai Alai- a sport he described to be similar to racquetball with a much larger court and a basket tied to players' hands for them to use to catch with-was something he felt was unknown to most. He said he was surrounded by it as his grandfather worked at the arena and his dad’s friend was a manager of another arena.

Since he noticed there weren’t many games on the sport, he began designing one to be played on the phone, which he said did not work out as it was too “clunky.”

Years later, he began working as a game design professor at Full Sail University. Stabile said during a work session with his students, he was trying to come up with a new idea and he remembered his Jai Alai game. This time, he wanted to design something to be played on the Xbox, with joysticks, which he said really took to his audience. From there, he felt he needed an artist to bring the game up a notch, and he was put in contact with Caris Baker. 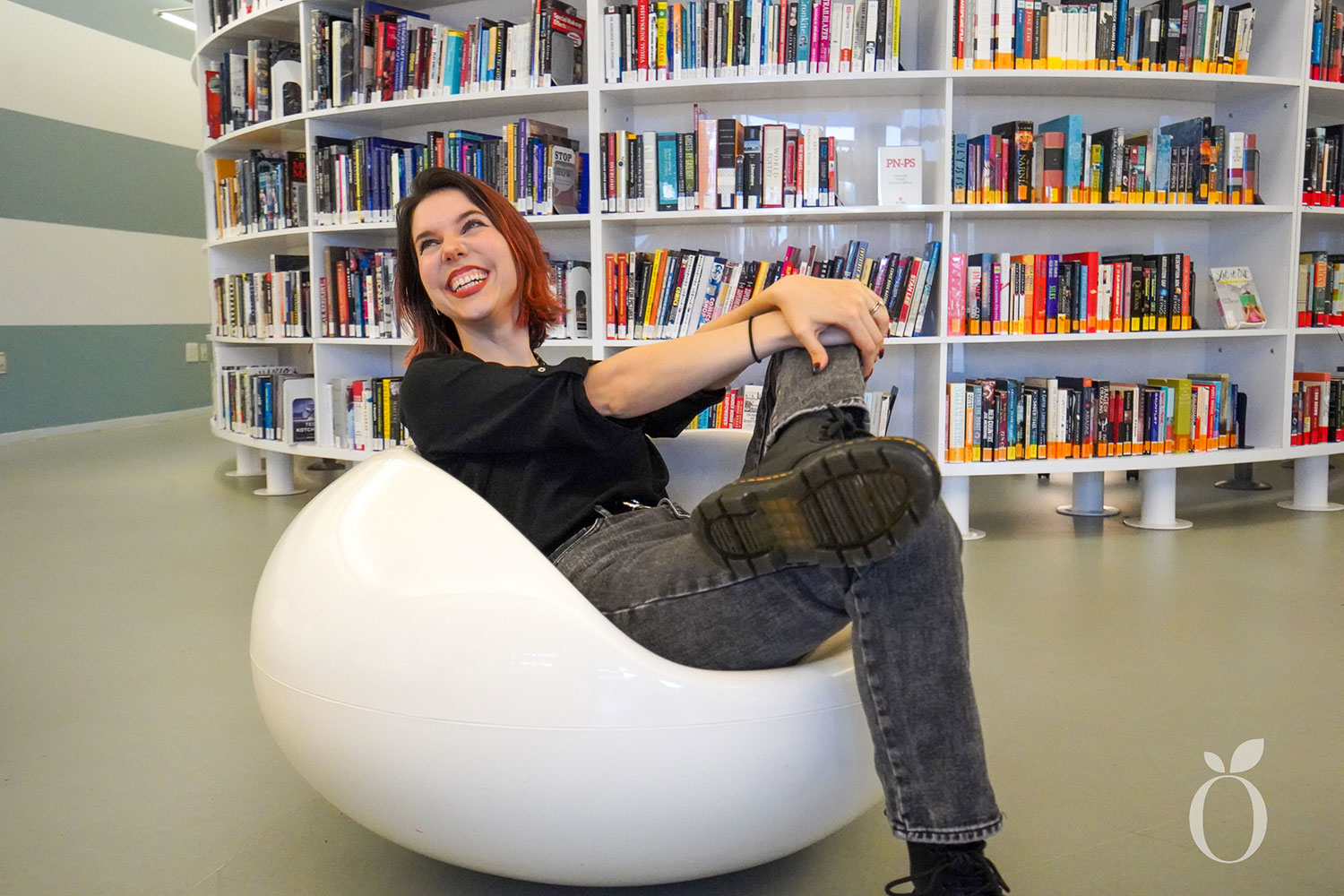 Baker was also working at Full Sail University as a lab assistant and is known for her art, so when others heard Stabile was in need of an artist, they ensured to connect them.

From there the two have been developing games together for the past six years, with a focus on their throwback game about Jai Alai.

“It's been amazing actually, because all the things that I lack Caris provides,” Stabile said. “If we have this relationship where I can say like, that's not good, do it again, make it better, that's a good place to be.” 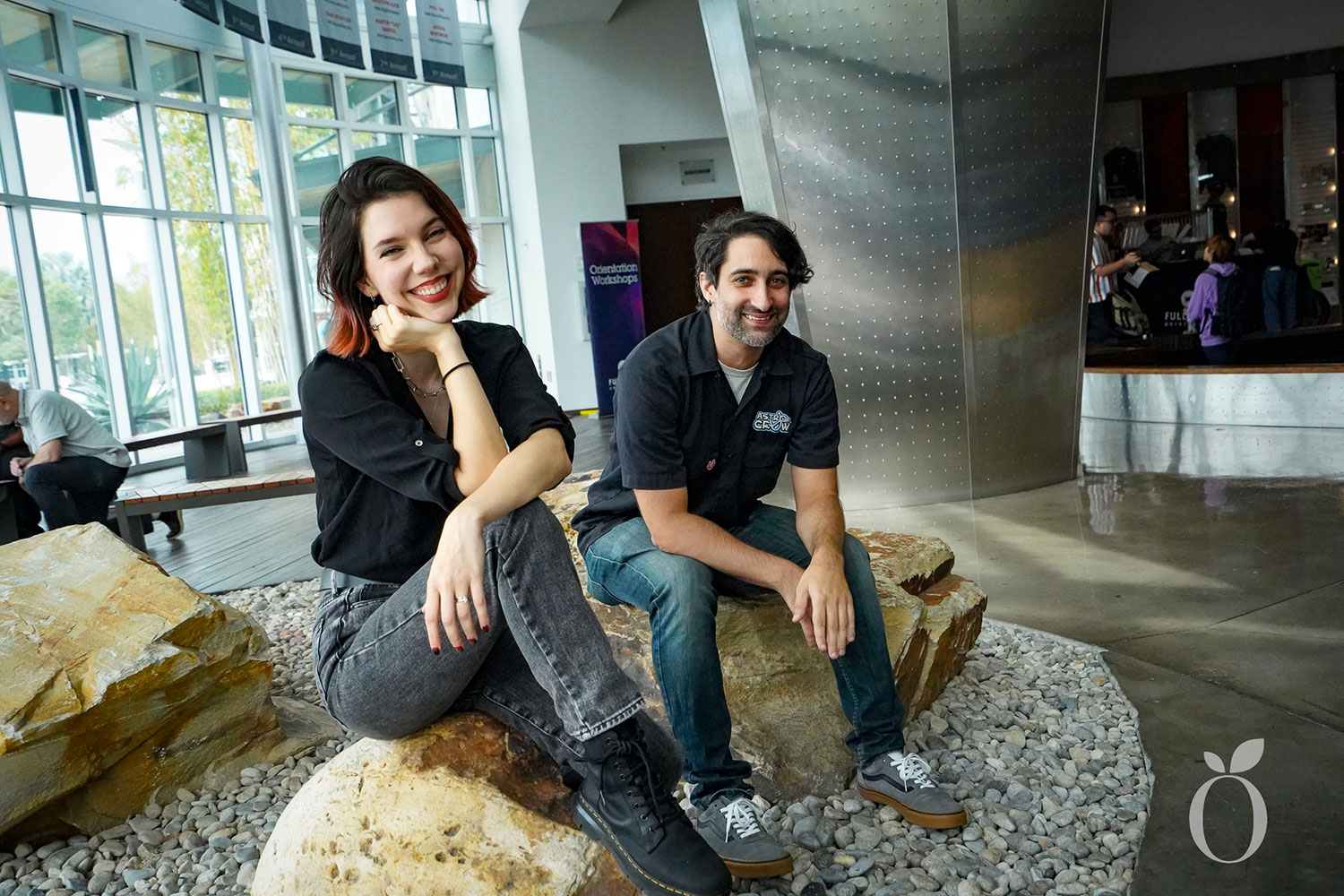 The duo works on the games in their “hobby time” alongside their full-time jobs, and other responsibilities. Baker commends Stabile for his dedication to building up his company and pursuing the dreams he’s had since a young age.

“Brian spent his time and energy making this studio from the ground up from 2009 to today,” Baker said. “Yeah, it's to his own detriment, but you know, this is what he built and he should be super proud of it.”

She described him making sacrifices in his personal life and health and putting up funds to bring the game to various locations such as Japan and New York. Stabile went on to say after a full day of work, they’ll each stay up till 2 a.m. working on game development.

Meeting and collaborating on many projects while in Orlando, the city holds a special place in both of their hearts. For Baker, she defines the Orlando Life as “The energy you feel when a group of people want the same things and are fighting just as hard as you are to achieve them. We’re all on the same team, and we all want to see each other succeed.” Which could not hold more true to her and Stabile’s partnership.

After years of hard work and nights fine-tuning various aspects of the game, Throwback: Jai-Alai Heroes will officially launch on November 18 at Free Play Florida, Florida's largest arcade and pinball convention. Among their game, Baker said there will be many retro gaming celebrities there and vintage games available. 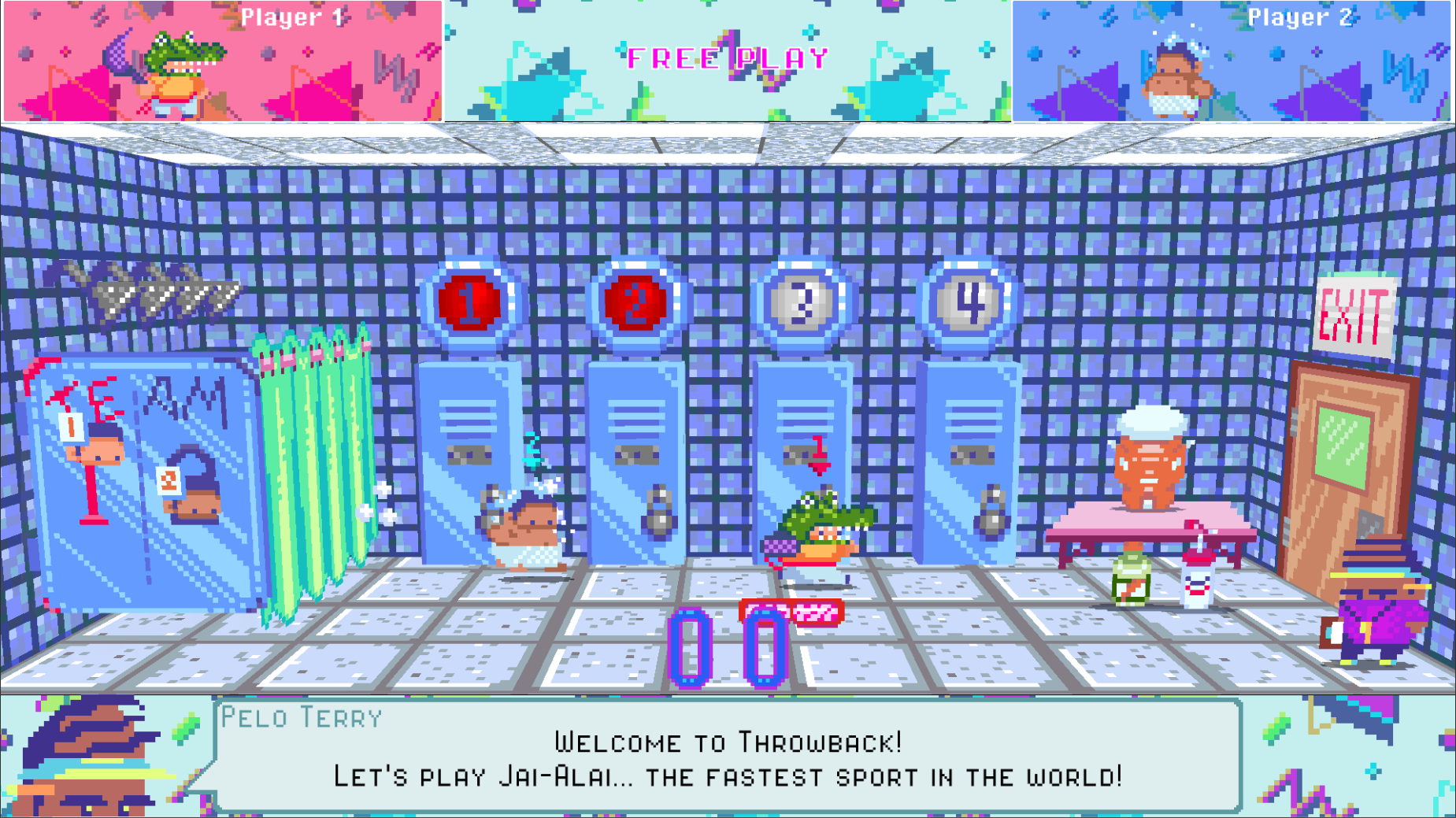 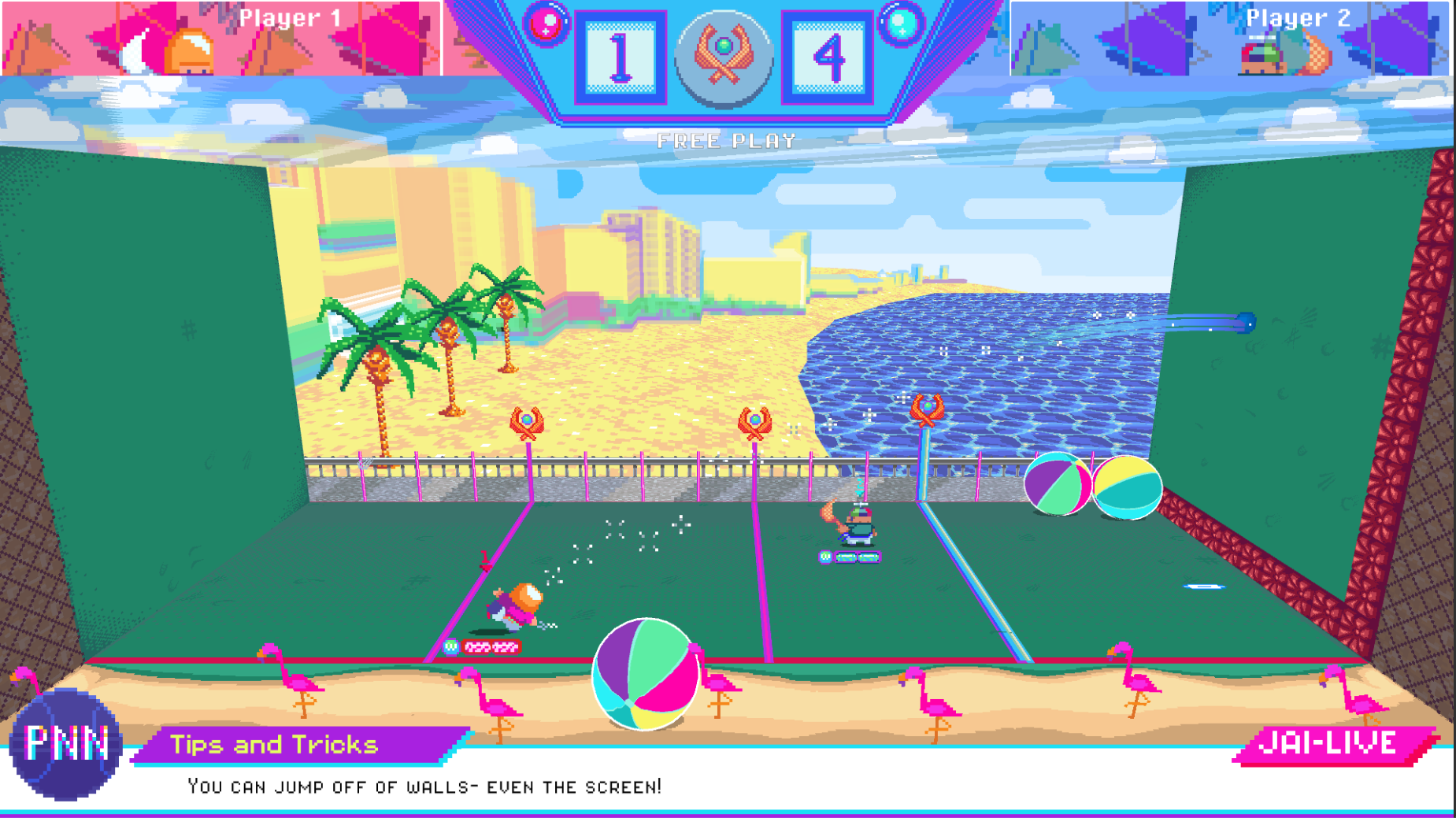 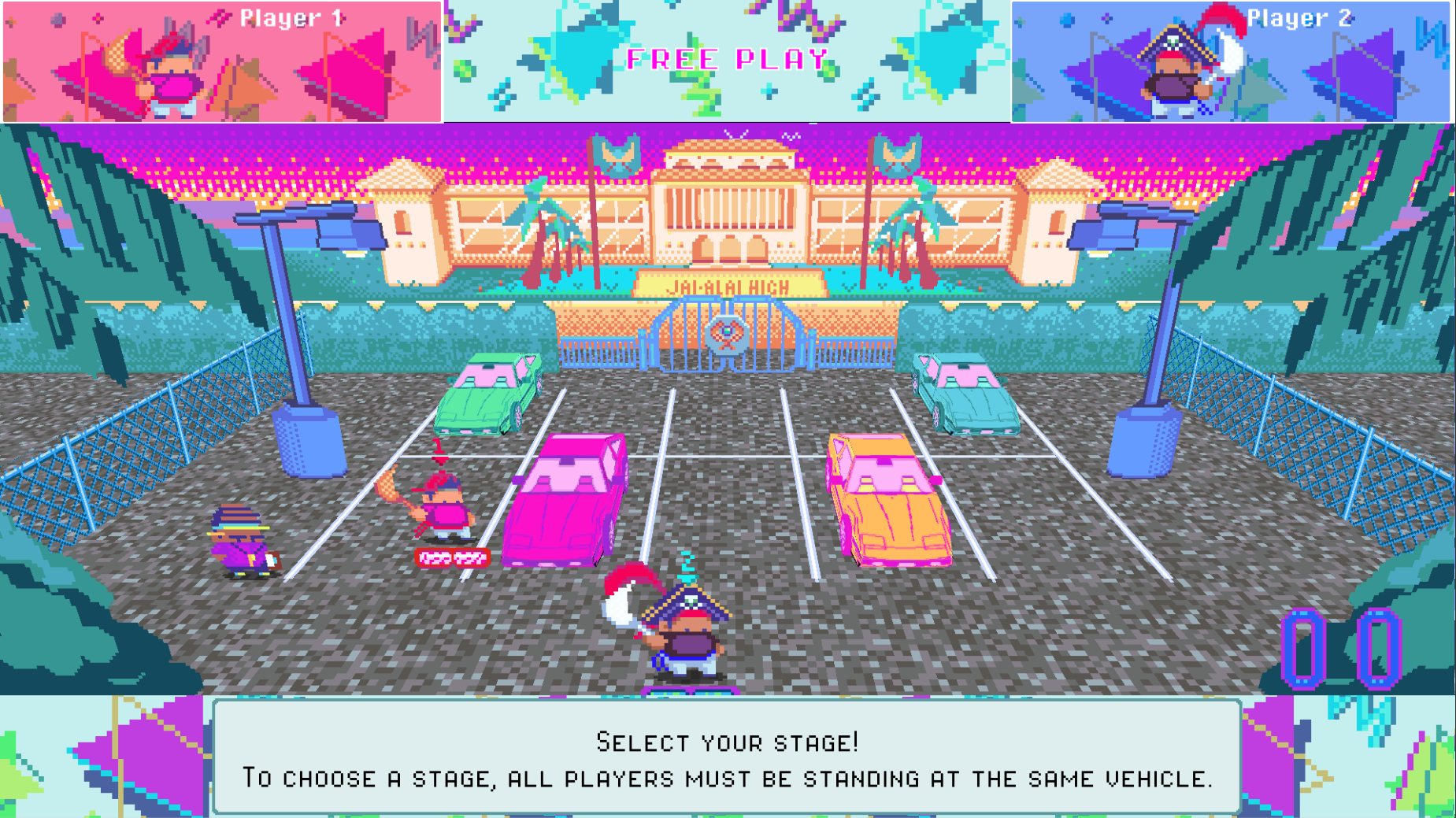 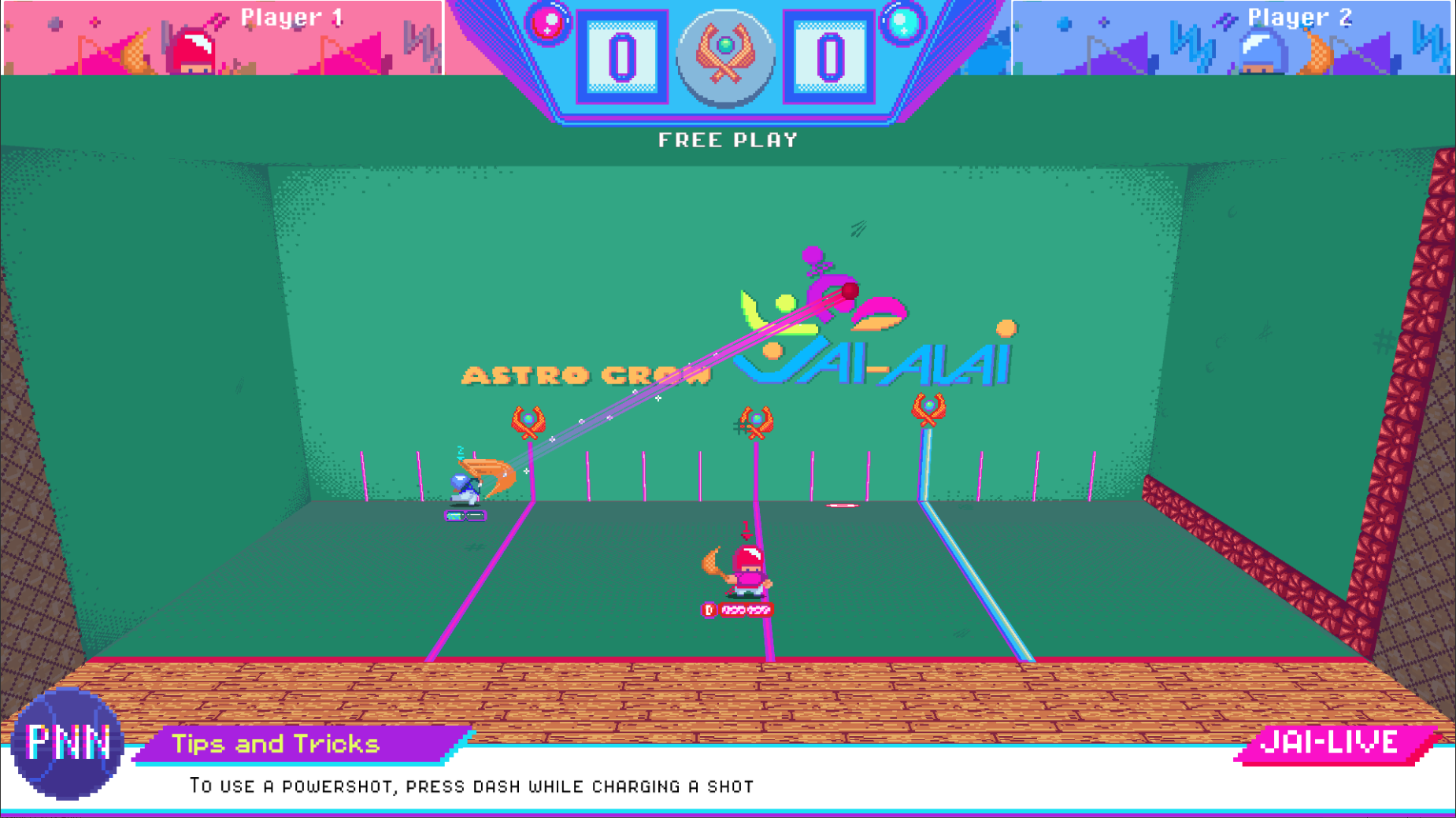