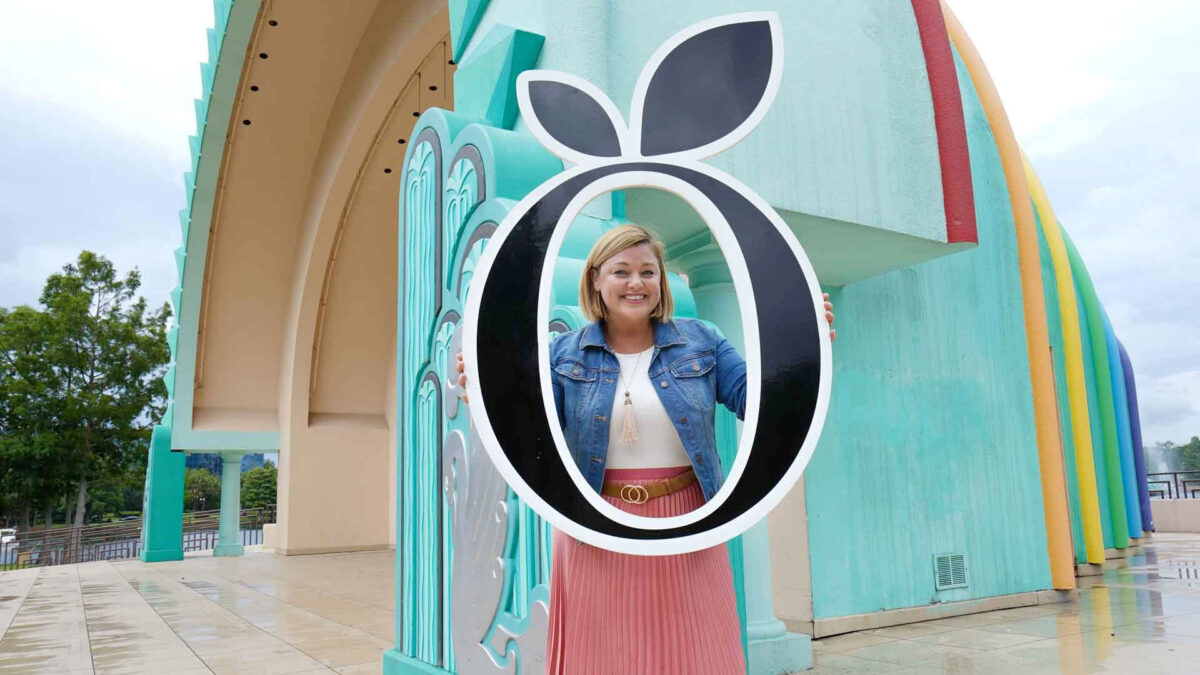 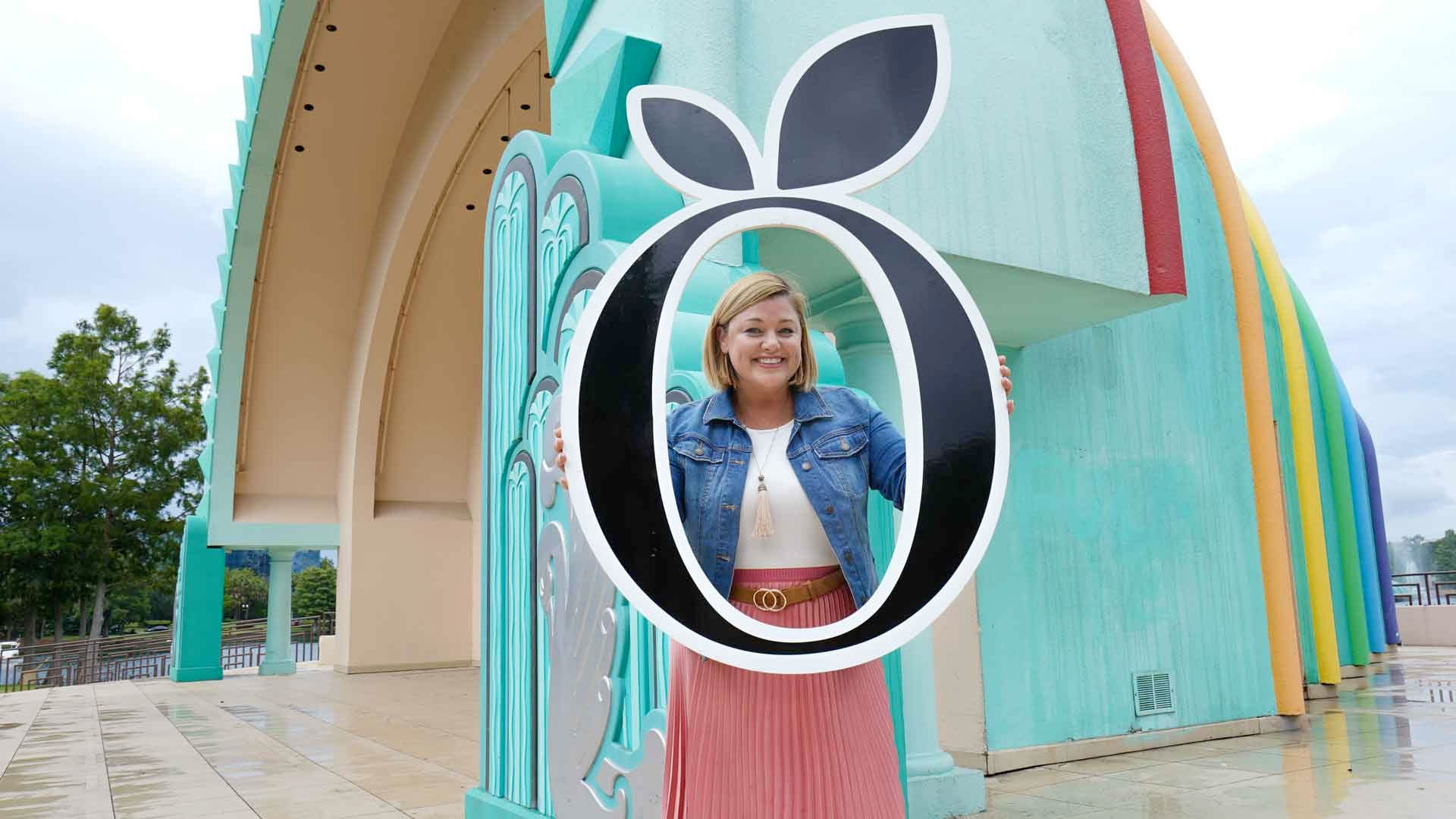 A leader in Orlando’s economic development

Sheena Fowler is the VP of Innovation at the Orlando Economic Partnership, the Orlando Film Commissioner and an Executive to the Orlando Tech Council. Her story of self discovery and passion led her to Orlando, where she unexpectedly fell in love with the city, its community and has since become a powerful voice for Orlando’s economic future.

Growing up in Clearwater Beach, FL, Sheena was extremely shy as a child and it wasn’t until going through a lot of theater that she found her voice and came out of her shell. On top of being in theater, Sheena loved to swim. She ended up attending high school in Tampa, mainly for theater and to be a part of their swim team. The school had an incredible community but it was a certain opportunity they offered students that began to shape much of who she is today.

The moment I realized I could change things

Realizing she could change things for the better, she quickly got involved in various activities including polling students and planning school events. The results and information she received gave her the road map on improving the school’s culture. This would ultimately lead her to join the Student Government, where she was really able to make an incredible impact, not just on the school, but directly with individual students.

The emotional weight that came with fighting for fairness often brought her to tears, but many teachers came alongside her to let her know that the world needed people like her, people that are sensitive to other humans and could do hard things.

After graduating high school, it was off to the University of Missouri, the place where her grandparents met, but also a place known for pursuing a degree in Journalism.

During her summers she began to spend time in New York City for internships that would soon turn into jobs. As the daughter of a man who was a mixed media artist by passion, she learned Avid editing at a young age which awarded her the basic knowledge of how to organize the backend of a production studio. This knowledge made her very marketable as she entered jobs as a Production Assistant, but with the ability to think like a Producer.

Her production jobs in New York included work for companies such as HBO, MTV, the Women’s World Cup and the Tony Hawk Tour. Her background and experience resulted in opportunities to move around pretty quickly.

While there was a lot of excitement around the work she was doing, her experience in New York at 18-19 years of age was fairly lonely. She didn’t have friends and being much younger than the rest of her co-workers, she really wasn’t able to hang out with them outside of work.

Her time spent alone in New York served as a place for discovery and self-reflection. In this video, Sheena shares what she learned during her time there.

What I learned as a woman in New York City

While still pursuing her journalistic interests, September 11, 2001 came a long, and what she experienced during that horrific day changed the interests and direction of her career.

How September 11th changed my direction

When Sheena enrolled at Full Sail University she started with Film, but soon changed her direction to Entertainment Business. As a lifelong classic film buff that also loved solving problems around the business side of entertainment, she immediately fell head over heels in love with this area of expertise.

My experience at Full Sail University

After school she ended up getting a job where she produced some local PBS affiliate shows through WMFE, The Arts Connection and This Week (a long format news show). She also started to volunteer with Women in Film and Television where she would eventually meet Jen Pennypacker, who would end up opening a door of opportunity for her to make a stronger impact for film in Central Florida

As the VP of Innovation at OEP, the Film Commissioner and Executive to the Orlando Tech Council, Sheena sees all three of these roles as one. In this video, Sheena dives into her view of what she sees as Orlando’s special sauce.

With her experience and involvement in film, Sheena continued to expand her capabilities by doing business development, working with tech companies, game development companies and soon with larger organizations to understand how economic development worked. This opened the door for her to flex her skills in pitching, an art form she fell in love with in film, and translated well into economic development.

Pitching Orlando as a destination for businesses

Throughout Sheena’s time here there have been a number of women who have inspired and impacted her and the Orlando area through their character and actions. These women include Jen Pennypacker, Connie Swanson, Asia Hall, Diana Teel, Pat Bishop and Lindsey Sandrin. In this video, she talks about each of them and how they stood out to her.

Six Orlando women who inspired and impacted me

To Sheena, Orlando is all about the community and we couldn’t agree more! A community built on the impossible! In this video, she shares just why she sees it this way.

Orlando is a community that is built on creating the impossible

Diving more into the unique qualities that make up Orlando, Sheena explores the reasons that Orlando stands out as a brilliant region full of collaborative and eclectic people who come to our community and use it as a test bed for innovation.

Orlando is a test bed for innovation

Since the moment she found her voice and discovered she could change things, Sheena Fowler has been on a mission to continue pursuing the best version of herself while pouring into a bigger purpose. Lucky for us, that bigger purpose is Orlando and its future!

Before wrapping up, there was one more question I had to ask. With all the incredible talent that exists in Orlando, how can we as a community support each other more and bring to rise the international notoriety of our local creators – the musicians, filmmakers, entrepreneurs, painters, innovators, etc. What can we as a community do? This was her answer.