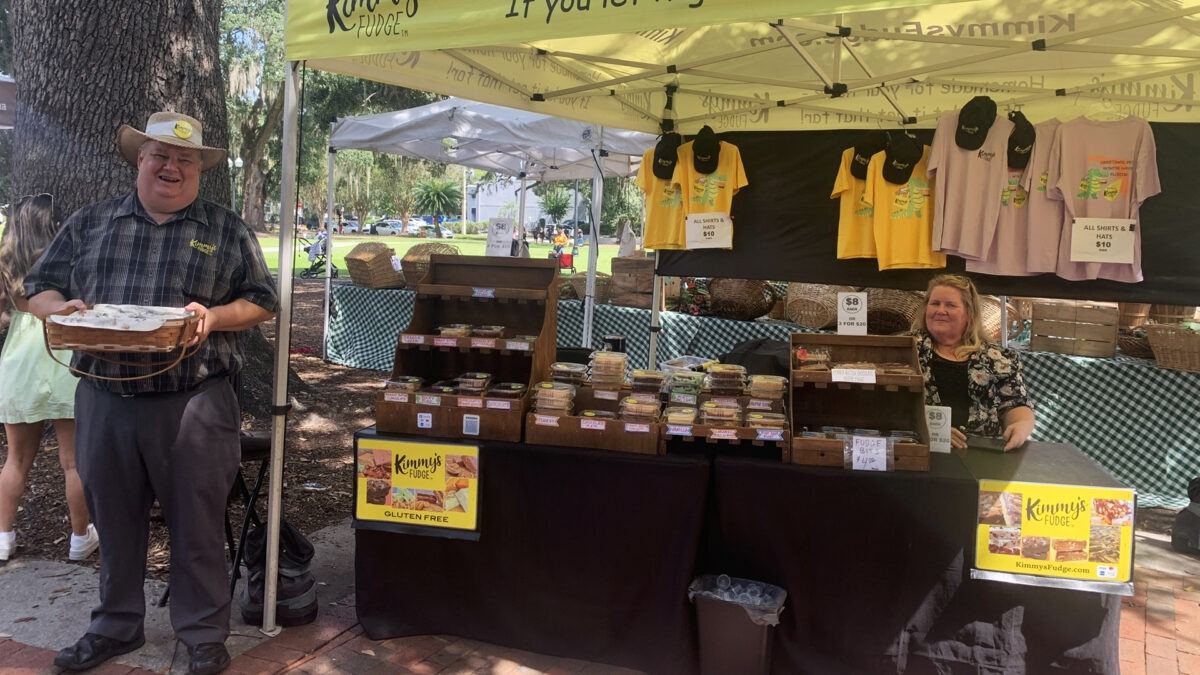 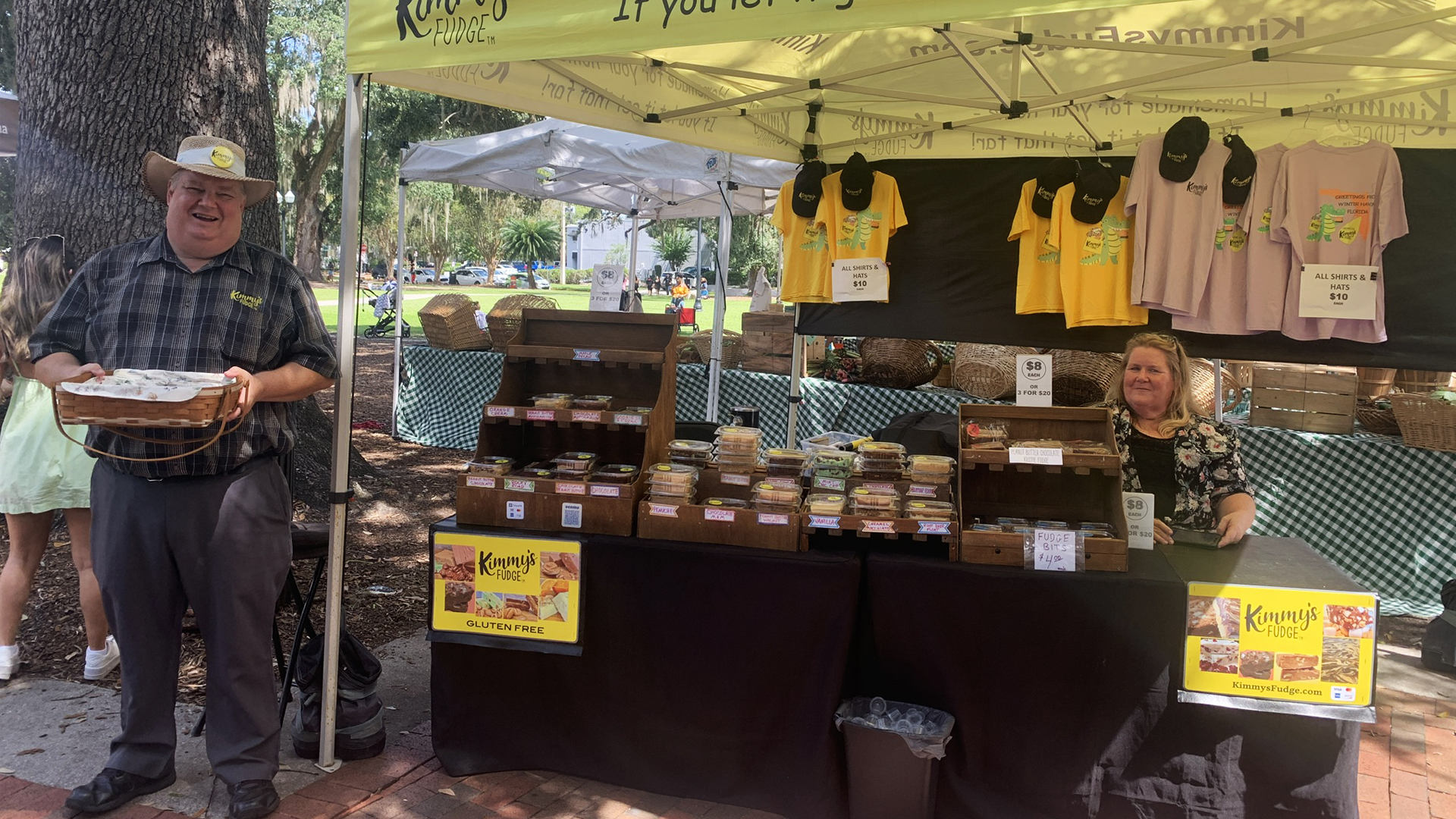 Kimmy’s fudge started during the uncertainty of the pandemic after she, her daughter Ashley, and brother Tim got laid off from their Disney jobs.

Tim and Kim grew up in New Hope Pennsylvania and moved to Orlando about 20 years ago, where they both began working for Disney. When the pandemic hit the siblings were furloughed and never went back.

Around Christmas time in 2020, Kimmy and her family would have their annual cookie night. That night she also whipped together her grandmother’s specialty Peanut butter Walnut fudge. “It started with my kids giving it to their friends and then them asking me to make more,” Kim said.

Kim then started experimenting with her grandmother’s recipe to create more flavors, next she created cookies and cream. After she got the base down, she was free to make any flavor she could think of. Kim now offers about 90 flavors.

Kimmy’s brother Tim recalls sitting down and saying, “maybe we should sell this” and when they agreed to start, he started getting all the paperwork handled. What was different from that year’s holiday Kim said was that everyone got to be together. A lot of people in their family work in the service industry, so it was hard for them to get together but that year they did and that was the year they decided to start the business.

“It was a commitment that we decided to do, and we were very fortunate,” Kim said.

The family started at local markets and eventually opened a store and manufacturer in October of 2021, less than a year after starting the business. The business has seen much success because of Tim’s business strategies and Kim’s dedication to making the fudge by hand. They knew it was going to be a success when they sold out at their very first market, held by Disney cast members.

“I made sure to invest in branding like our big yellow tent,” Tim said. “That way we stand out and our customers know where to find us.”

Tim also strived to open a store where they could produce the fudge and no longer have to abide by Cottage law. Doing so has also allowed them to ship their product anywhere in the U.S. Another key to their business is giving out samples at the markets. Tim will stand in front of their tent and offer every person that walks by a sample.

“All I have to do is get them to turn their heads and take a piece,” Tim said. “And let her fudge do the rest.”

Kim said she only makes her fudge with the best ingredients like using Ghirardelli chocolate and caramel that she makes from scratch. Using a mixer would save her a lot of time but she insists on making everything in small batches because it doesn’t taste the same. She will only make the fudge the same way her grandmother did, truly old fashion. Kim dedicates most of her time to the business and kitchen because of this.

“I have it down to a science now, I spend four full days making 12 batches a day and each normal batch takes about 45-55 minutes.”

Each batch she makes is about seven and a half to ten pounds, meaning she makes about 360 to 480 pounds of fudge a week. They still sell most of their fudge around local markets in central Florida. Kim, Tim, and Ashley will usually sell their product in at least 7 markets a week.

Kimmy’s fudge has been attending Orlando’s farmers market at Lake Eola every Sunday since November of last year and you can find them there under a big yellow tent or catch and may catch a glimpse of Tim in his Kimmy’s fudge sun hat passing out fudge samples.

I love trying new things, especially food! My simple pleasures are beach days or attending concerts. I really like the diversity in Orlando and how easy it is to find local businesses and connect with hardworking people.