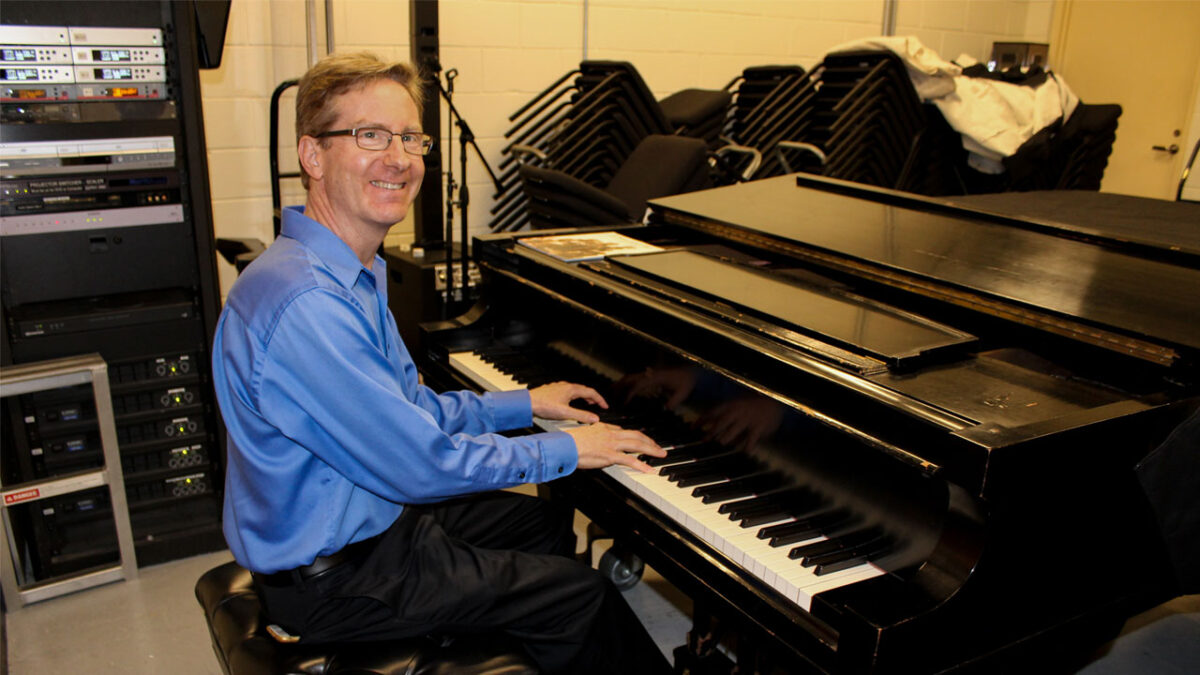 Fred Rogers and his family spent many summers at their home in Nantucket – a home with a garage apartment where he enjoyed composing music. It was there that his nephew, Dan Crozier, fondly remembers sharing the convocation he wrote to open the academic year at Rollins College in Winter Park that fall. Dan played it at the piano while Fred sang it; the first testing of the piece.

“I could tell he really loved it, and that meant a lot,” Dan said.

As a Professor of Music, Theory and Composition at Rollins, Dan has followed in his famous uncle’s footsteps. The campus where Mister Rogers studied music composition and met his beloved wife Joanne is where Dan has taught the next generation of musicians for over 25 years. Inspired by those Nantucket summers, where they both created compositions and shared memorable musical interactions, Dan’s teaching style mimics that of his uncle’s.

Now, those impressions Fred made on Dan (and also the rest of us) through the years have a tangible presence in his original neighborhood through a sculpture created in his honor.

A Beautiful Day for a Neighbor

Sculptor Paul Day unveiled the piece, titled “A Beautiful Day for a Neighbor,” on Oct. 28, 2021. Tucked in a courtyard between the Annie Russell Theatre and the Knowles Memorial Chapel, the sculpture is a 360-degree representation of Fred Rogers’ legacy. 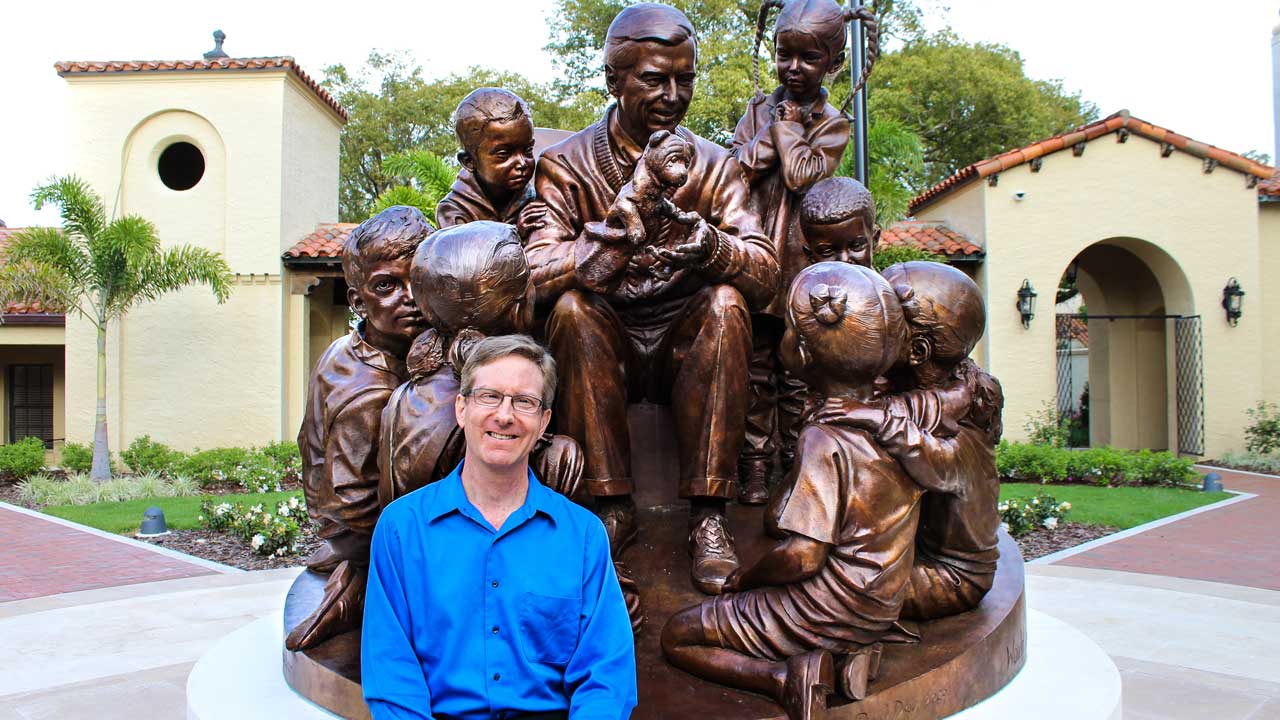 From the front, he is seen surrounded by a group of children, smiling with a Daniel Tiger puppet on his hand. Directly below, the Neighborhood Trolley directs viewers into the Neighborhood of Make Believe. Wrapped around the back, all the neighborhood’s familiar characters – including Queen Sarah, modeled after his wife Joanne, and Lady Elaine Fairchilde, a character he created for his sister (Dan’s mom) – greet viewers from castle windows. The number 143 is hidden throughout the sculpture, a nod to the weight that Fred maintained throughout his lifetime (and that Dan maintains today) because it represents the phrase, “I love you.”

Dan describes it as, “as comprehensive a view of Fred as a statue could be.” 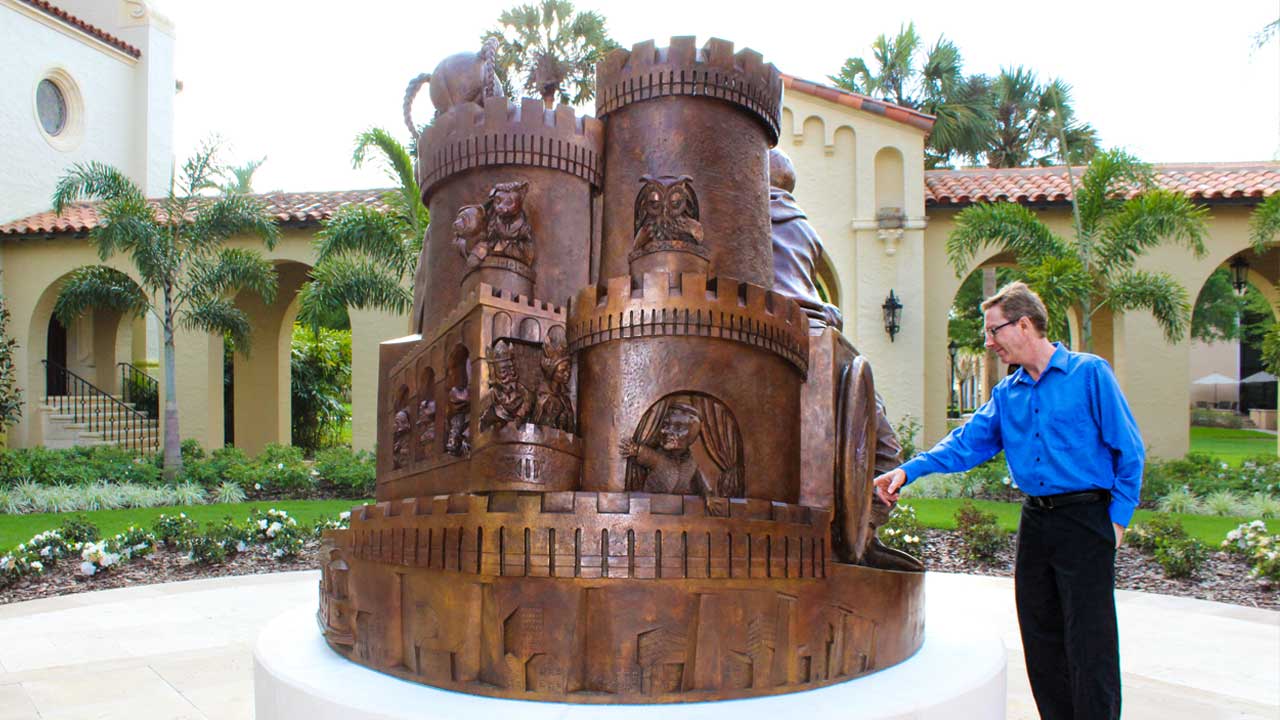 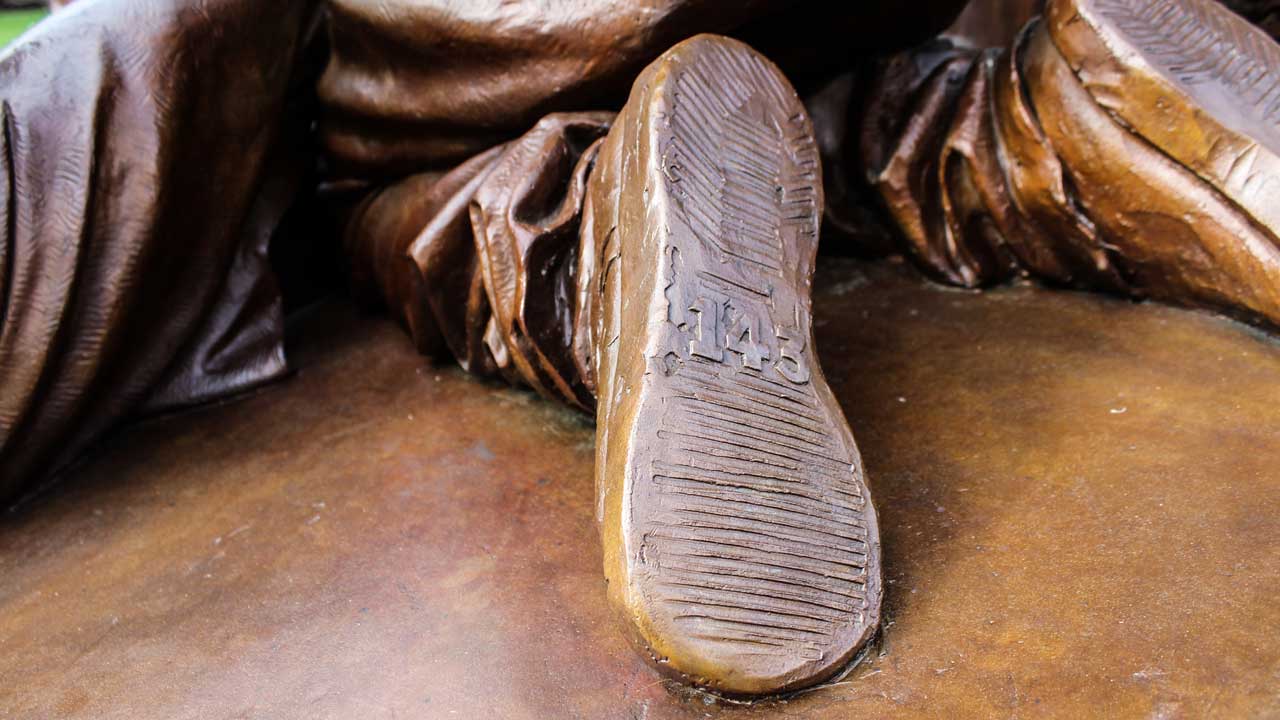 He also notes that Fred never wanted to be singled out. What was most meaningful to him was that his work and his mission be remembered. And that is the purpose of this sculpture.

A Life of Service

Across campus from the sculpture is a plaque that Fred instantly connected with. John Sinclair, Chair, Director and John M. Tiedtke Professor of Music at Rollins, remembers Fred bringing him to the plaque, which reads, “Life is for Service,” on a tour of “my campus the way I know it.” 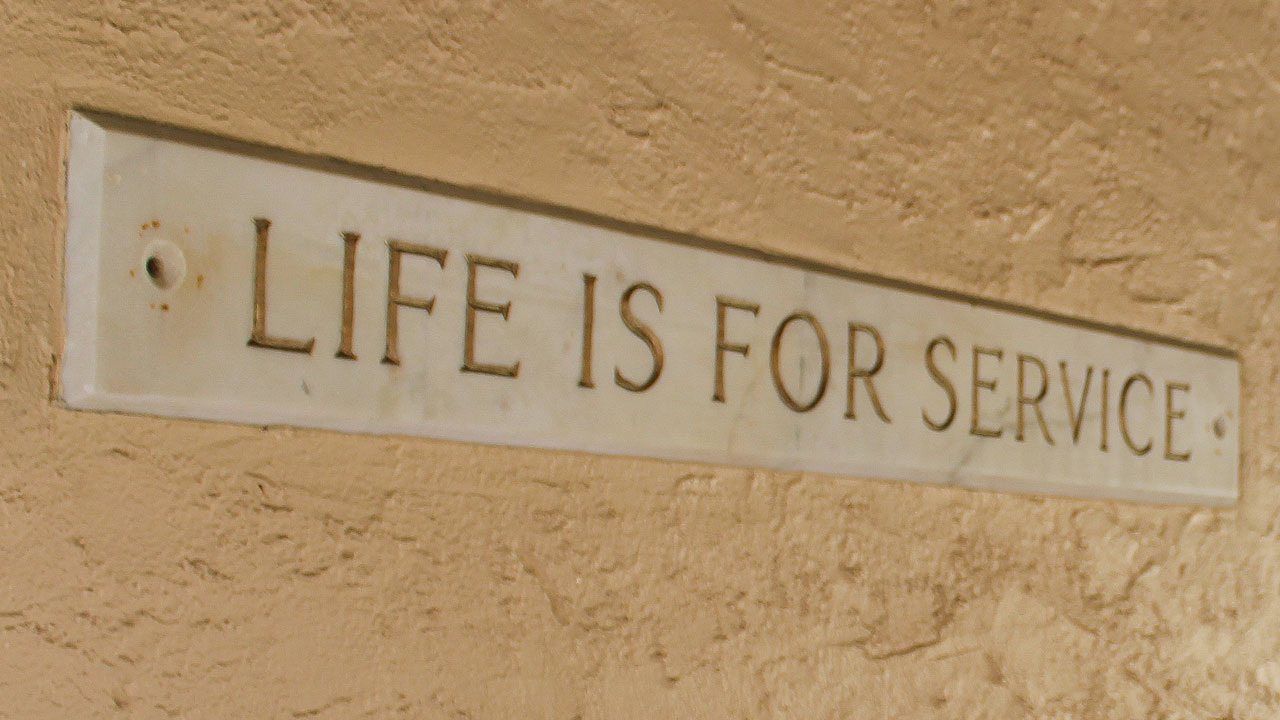 While the plaque wasn’t something that John paid attention to before that moment, its message resonated with Fred so much that he carried a photo of it in his wallet as a constant reminder of his purpose. Both John and Dan said that it was something Fred never forgot.

“I hope we can keep communicating Fred’s message, Fred’s values, through our teaching and interacting with students and the community. I think the statue will help that. It’s a tactile reminder of Fred’s mission, and I hope we can all help to promote that mission and move it forward.” - Dan Crozier